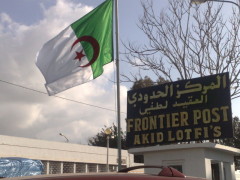 Gaza Convoy - 14th February 2009 - The day began as one of those days where everything was going wrong, however nothing was going to stop me from reaching my destination. We went from Maidenhead to Dover, then across France, Spain, Morocco, Algeria, Tunisia, Libya and Egypt, before we finally arrived in Gaza (Palestine). There were many highlights along the route, crossing the Morroccan / Algerian border which has been shut since 1994 was a big highlight, both nations put aside their differences for a good deed to help a third entity, Gaza (Palestine). 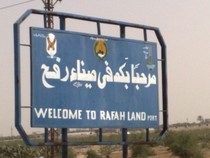 Libya was an amazing country especially as we did not know what to expect due to its isolation. It was a beautiful modern country, rich in history and a real beacon of light in northern Africa. We then went to Egypt which was a sharp contrast, sadly we weren't made to feel as welcome and it was a very tense time at the border (Rafah Crossing) into Gaza. After some very intense negotiations we were finally allowed to enter in to Gaza, it was well worth all the hassle to break the seige and make history.