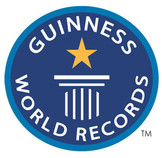 On Saturday 23rd May 2009, I particapted in the Gaza 100m World Record relay run. It was a success and a new world record was achieved in the heart of east London, UK. A total of 1,675 people participated over a period of 12 hours to set a new record for the most people to tun a 100m relay in 12 hours.

The event took place in Mile End Stadium in east London and was organized by the IF Charity. The funds raised from the event are going towards Save the Children’s Gaza Appeal, which provides humanitarian aid for the children in Gaza.

Rizwan Khaliq, CEO of IF Charity, declared that the event had been a great success and a large amount of money had been raised for Save the Children’s Gaza Appeal. He added: “This was a huge challenge, and to achieve this world record right here in the heart of London’s East End where, in four years’ time, we will host the biggest sporting event in the world – the 2012 Games – is a fantastic achievement for London and the UK.”

FROM an epic trek to a quick dash, Razwan Khan is willing to go the distance for Gaza. The charity-minded Maidonian entered the Guinness Book of Records on Saturday after taking part in a 12-hour charity relay to

raise money for victims of the conflict. The 28-year-old was featured in the Advertiser earlier this year after completing a 5,000-mile drive to the war-torn country to deliver aid. Fortunately this time he only had to run 100 metres as 1,675 people took part in the event in Mile End Stadium in London.

The event entitled Gaza 100: World Record Run has claimed the official Guinness title for 'the most people

running 100 metres in a 12-hour relay'. Organised by the IF charity, the £400,000 raised on the day will go to Save the Children's Gaza Appeal. Simpson Close resident Razwan said: "There was a real sense of community. It was great day and there was a whole range of people from six-year-olds to 80-year-olds."Participants had to

run their 100 metres in under 20 seconds and, after training at Braywick Park, Razwan said he had no problems.

"Not many people can say they are in the Guinness Book of Records. "I can now say I'm a world-class athlete," he joked. Razwan is planning to undertake another aid mission to Gaza later this year. If  you would like to take part contact him on 07828 130761.