But the international humanitarian aid convoy that was forced to make a detour to Syria after almost five days stranded in Jordanian port city, Aqaba, faces Egypt's deadline.

The Viva Palestina convoy which started its journey on December 16, spent 16 days on its way to Gaza.

The 450 members-Viva Palestina convoy that has 220 trucks and ambulances left Jordan for Syria on Tuesday in hopes of reaching Gaza before January 3 after the Egyptian government refused to let them enter the country through the Red Sea port of Nuweiba, the most direct route, to reach Israel-besiged Gaza land.

Egyptian government said it would close the Rafah border crossing at this date, in a curb that the convoy will overcome on the road to Gaza.

Hovewer, the ship companies that agreed to carry the convoy from Syria to Egypt abandoned the deal, claiming fear of possible Israeli attacks. The convoy teams had to spend another night at Latakia Port, trying to find new ship companies to finish the long journey.

Bulent Yildirim, the President of the IHH Humanitarian Relief Foundation, made a statement after the recent developments, said in a statement, "because we have changed our route, the journey quite prolonged. Companies, that earlier agreed to go to the port of Al-Arish from Latakia, canceled the agreement, afraid of possible Israeli attacks."

"We are currently trying to find new ships. If necessary, we will send people with planes to Al-Arish. We still wait in Latakia, if we can find ships, a 20 hours- sea voyage is ahead of us. We'd like to enter Gaza in January 3 and deliver all tools, medical equipment and drugs, " he said in the statement.

Israel and Egypt imposes siege into the occupied land home to 1.5 million people since June 2007.

Israel controls all but one of Gaza's border crossings, the Rafah terminal with Egypt, which Cairo keeps closed, drawing anger with people.

A group of international lawyers and human rights activists accuse Israel of committing "genocide" through its crippling blockade of the Strip. 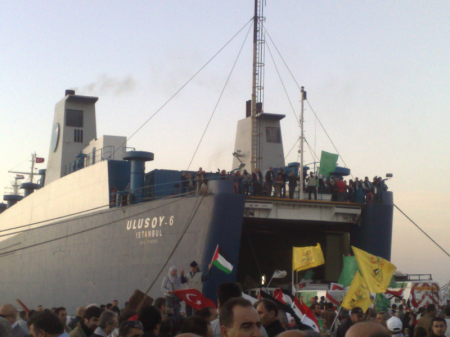 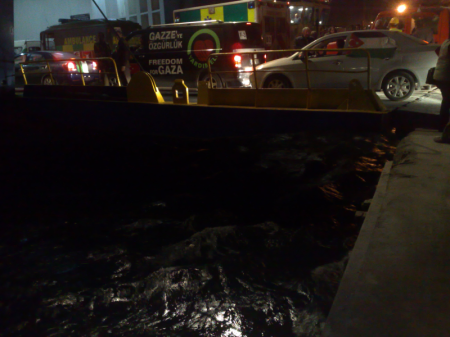