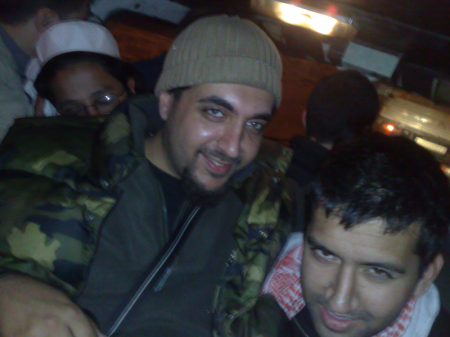 We woke up to another direction-less day, the talks were still going on and plans were beign made. They had a few more press conferences and talks, but by now we were all getting very anxious to keep moving. Sadly several people already had to return back to England, even I was getting a bit worried. We all have some sort of committments, but the cause is worth making a few sacrifices.

So we spent the day relaxing, praying and then in the evening after Esha prayers we went into town. It was quite late, but we needed to stretch our legs. The taxi ride back was funny, basically it was the last one left, so we all had to cram in, and Brother Talha came to regret making fat jokes when I sat on top of him and Brother Gulfan.

Good night was once again at the beach front chalet, by now we actually liked it, if only it had nice en suite facilities.

TOP TIP - Money, make sure you have plenty of local currency, we were a bit stretched and had to use dollars in the end to bridge the gap as our cards would not work in the local cash machines. Also if in doubt, take plenty of dollars.