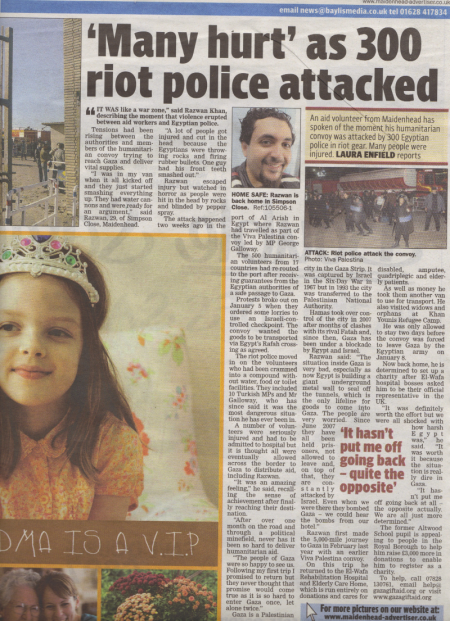 Aid worker caught up in violence in Egypt

An aid volunteer from Maidenhead has spoken to the Advertiser just hours after his convoy violently clashed with Egyptian police.

Razwan Khan awoke last night to find 300 riot police firing rubber bullets and rocks at his friends in the port of Al Arish in Egypt.

"They just walked in and started smashing vehicles," he said speaking to the Advertiser on his mobile phone from the camp this afternoon.

"A lot of people got injured and cut in the head. It was really bad. One guy had his front teeth smashed in."

Many of the humanitarians were seriously injured and had to be hospitalised.

Razwan escaped injury but was horrified at the level of violence which broke out after Egyptian police delayed the Viva Palestina aid convoy-which left London on December 6- at the border with Gaza.

Convoy leaders had already agreed to re-route their journey after receiving guarantees from the Egyptian authorities of a safe passage to the war-torn country.

Protests broke out when Egyptian authorities at Al - Arish ordered some lorries to use an Israeli-controlled checkpoint. The activists preferred the goods to be transported via Egypt's Rafah crossing as agreed.

George Galloway who is leading the convoy said Israel is likely to prevent it entering Gaza - This morning he told Sky News. "It is completely unconscionable that 25 percent of our convoy should go to Israel and never arrive in Gaza."

When we spoke to Razwan they were still queuing up to leave.

He hopes to be home next week.

El-Wafa Hospital in the News 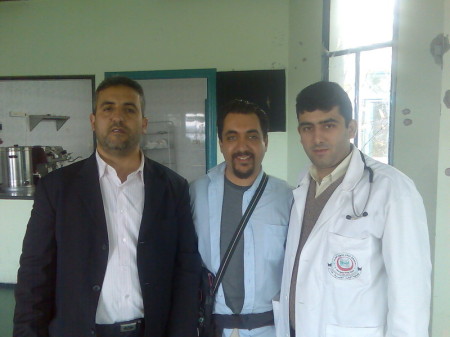 Me with Dr Bursch and Dr Dardas

Me at El-Wafa Rehabilitation Hospital, in the staff room with Dr Bursch and Dr Dardas. The staff room was riddled with bullet holes, and several windows were still broken, it was very sad to see that the Hospital Patients and Staff were attacked in such a manner. 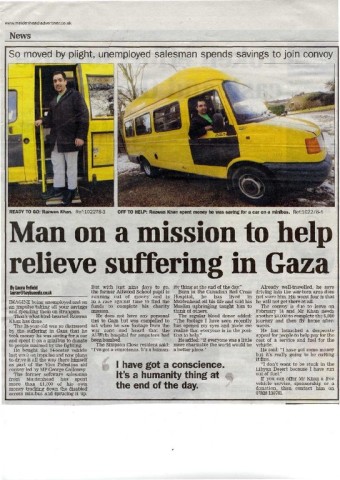 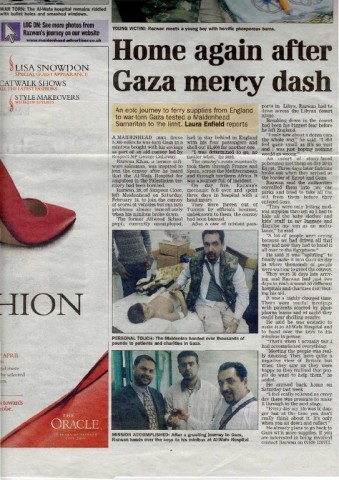 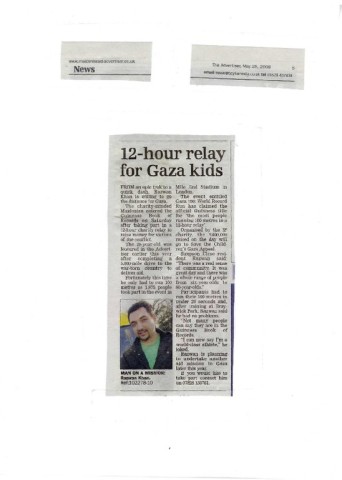 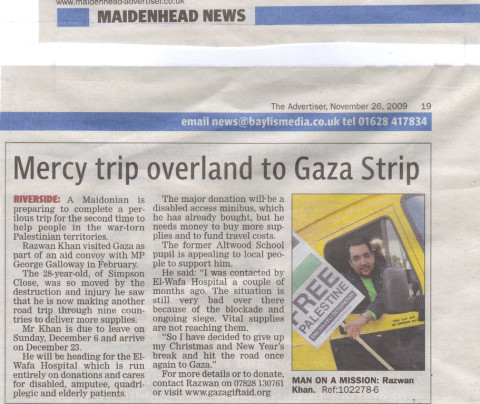