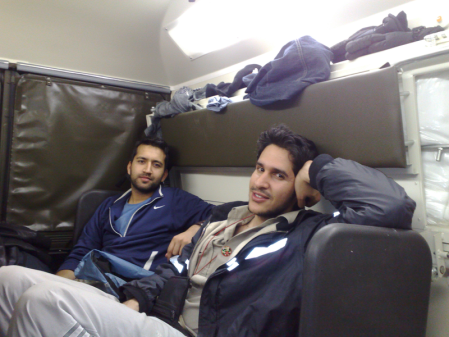 Woke up early this morning and headed towards the Compound for a Group Meeting. Instead there was a 2 minute message, and there was to be a 'substantial update' in half an hour,. 2 hours later nothing. Suppose it is the intense negotiations.

The Turkish Brothers from IHH were more clued up and organised, their MPs had been flying in to Egypt and trying to sort out a path and solution for us and it seemed to have paid off. There are many rumours circulating today, the main credible one is that we are going back to SYRIA and going to catch a Turkish chartered ferry (at a cost of around 200k GBP paid by Turkey) to EL ARISH in Egypt.

Another is that the Egyptians might allow us to just come through via Aqaba. Either way we have all checked out of our hotels and hostels and are heading to the Compund with our luggage and back to the vehicles.

Some dummies decided to take tours to Petra and Wadi Rum so that might cause a problem if we move. I reckon we will go from Compund to the vehicle Car Park which is about 20 minutes outside Aqaba by Bus, and probably sleep there tonight, and drive at the crack of dawn.

I'm off to the Compund now.

GOOD NIGHT was at the Customs Compound, and it sure was a cold night. I chilled out with Brother Talha and Ziad, they live nearby and are two of the nicest people on the convoy. They were driving one of the big old NATO army ambulances, they looked shabby on the outside but were amazing and pristine on the inside, very nice.

TOP TIP - Always be prepared to move quickly, and make friends but make sure they are nice people. People who don't swear and behave in a rowdy manner are usually a safe bet. Situations like this it is best to be a shadow, and be self-sufficient, as it is a tough journey and my priority is to get the vehicle and all the aid to Gaza in one piece, Inshallah.